On the evening of Christmas day, I arrived in Colombo from Kuala Lumpur after being 10 days in Malaysia.

I stayed at a hostel near the airport to wait for my cousin Marta who was arriving from Spain the next morning. My cousin is like my sister, so we were expecting this trip for long time. We read that Colombo was not worth it to visit, so as we did not have not much time, it would only be a stop to meet each other and from there start the trip, but without visiting the city.

Marta arrived after a long journey from Spain the next morning, so once we met in the hostel and after a short break to catch up and plan the next step, we headed to Dambulla. We had to go in Tuktuk to the bus stop in Negombo, and from there take a bus to Kurunegala and then another bus to Dambulla. Our first experience on the buses of Sri Lanka was an adventure. Old buses totally full that circulate at high speed by the roads of the country, overtaking cars and motorcycles even in curves without visibility.

We arrived late in the evening to our guesthouse in Dambulla, so we only had time to go out for dinner and taste the Kottu for the first time. Then just rest and plan the day after.

We woke up with a grey day with many possibilities of rain, so we went out to visit the Rock Temple, composed of five Buddhist caves in which there are different collections of buddhas in each one of them. From the lower part, where a large golden buddha presides over the entrance to the caves, it is necessary to climb a few stairs to reach the caves, with the company of monkeys along the way. Once on the top, in addition to the caves, the most important are the views. It was here where we began to admire the beauty of Sri Lanka.

The forecasts had been fulfilled and it started raining back to our accommodation, so we were somewhat stuck until the weather improved and we got out to visit Sigiriya. We went in tuktuk, the same one that would pick us up at the end of the visit.

Sigiriya Rock has been listed as a World Heritage Site by Unesco since 1982 and is one of the main attractions in Sri Lanka because it is the ruins of a Buddhist monastery built on top of a large rock, which stands out in the middle of the jungle. To get to the top you need to climb hundreds of  stairs. We sweated a lot, or more than a lot, but we were happy as at least it was not raining. Again, the views were breath-taking. We began to fell in love of Sri Lanka.

The next day, it was time to go by bus to Polonnaruwa, the ancient capital of Sri Lanka, where we toured in tuk tuk the ruins of this ancient city well marked by Indian influence. The driver drove us to each of the most important places in the city, finishing in a restaurant to eat and then took the bus back to Dambulla.

We arrived at Dambulla in the evening, few minutes to collect our backpacks and headed for Nuwara Eliya. If we considered the previous bus trip as an adventure, this one could be described as cardiac journey. We had never seen a bus go at that speed on steep, winding roads. In fact, my cousin chose not to look towards the road. I preferred to look forward, closing my eyes and holding the air at times though.

We arrived at the place, we got off the bus and looked at each other without saying anything but expressing with our eyes «what a trip!». In the dark we headed for the hostel. It was cold, very cold. Nuwara Eliya is located at the top of the mountains, and we changed from a pleasant temperature to a winter weather. It was the first time I had been cold on my trip.

The day woke up rainy and cold, so after debating what to do we got out, bought an umbrella and went to visit the park of the village, Victoria’s Park. We felt like popstars because the locals were just stopping  us to take pictures with us. Once we saw the park, we had a coffee until the rain stop.

In the afternoon, and once the rain stopped, we come to a few waterfalls located around the area to return early to the hostel as we had to wake up early the next morning to go to a trekking route and visit what they call «The end of world».

After finishing the trekking, the minibus left us at the train station to go to Udawalawe. We really wanted to use the train, as everyone had recommended it to us. After few hours waiting, the train arrived, but the first car was completely full, also the second one, exactly the same for the third and so on until all the wagons were seen. We had to take it, so we jumped into one (still do not how we did it). We were very tight. There was not space at all, but the food and drink vendors who were moving from front to the back among people (I do not know how they did it either). Although it was not the perfect trip, the views (between armpits and heads) were breathtaking. After the train, a bus and a tuk tuk, we arrived at Udawalawe at night.

One of the mandatory visits in Sri Lanka are its safaris. We had to get up early to go to one of the most recommended, I thought that the animals would not be awake at that time, but they were. It was the last day of the year, so I cannot imagine a better option to finish the year than doing a safari and enjoying nature in its purest form.

The next day, half asleep we arrived at the National Park of Udawalawe by jeep where we could admire several species of animals. Of course, the most spectacular were the elephants, who gave us a smile of admiration whenever we saw some of them. (Have I ever said that I love these animals? I really do!). We also saw dozens of peacocks, buffalo, foxes and even crocodiles. Once we went back to our accommodation, we headed to Mirissa.

We arrived in Mirissa on the afternoon of the last day of the year, so the idea was clear, we had to go out and celebrate New Year’s Eve. After get ready, we went out for dinner, but it was hard to find a restaurant which served dinner at eleven at night, so we ended up at a Chinese restaurant where there were not even half of the dishes that were listed on the menu and where we met the most clueless and stressed waitress in the world. It was not the perfect dinner for New Year’s Eve, but we could not stop laughing at the situation.

After dinner, we arrived at the beach just in time to make the countdown less organized than we have seen. Almost without realizing it, we had changed year, so it was time to celebrate. The whole beach was full of people, with different styles of music in each bar. With a beer in our hands we danced while the waves of the sea wet our feet. Without any doubt we will always remember that new year´s party.

We started the new year resting at the beach and my cousin starting her surfing lessons. Sri Lanka’s beaches are perfect for surfing, and classes are affordable.

The next day, we decided to dive (for Marta it was her first time) but the truth is that I did not like it. The people that we went with were not very organized and I did not feel very safe. Apart from that, the visibility was bad and we could not see that much. Maybe it was not the right place for scuba diving or not the right time.

From one beach to another one, so the next destination was Hikkaduwa, where our hostel was in front of the beach so the plan was simple. Beach, rest and water activities.

My cousin continued her surfing lessons meanwhile I was watching her from the sand. Okay, that’s not true, I was sleeping at that time.

Having spent the last time resting on the beach, time run out and it was time to head to Colombo to return to Spain. My cousin finished her holidays and I decided to return to Spain after more than three months traveling to give a surprise to my mum as I was not there for Christmas. 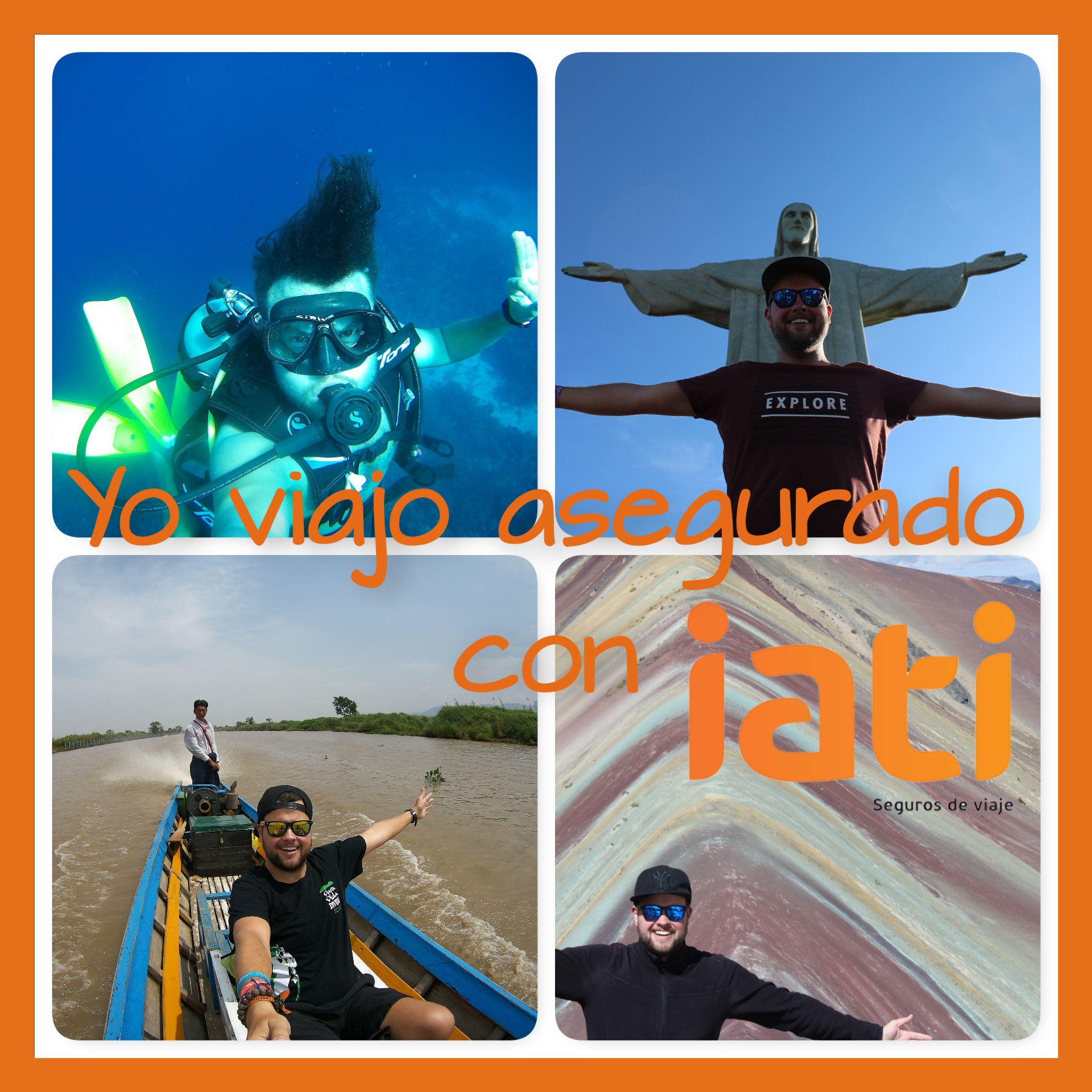